I need to talk about this before I can say anything about theurgy and thaumaturgy, and my friend Jamie just posted a link to an article on science and spirit (see here), so this is an apropos moment.

Here’s my take: the heart of science is utterly opposed to the sacred. In fact, the very purpose of science is to transform the illusory sacred into the verifiably mundane.

Let’s start with a “big” example: Apollo. The rising and setting of the sun has been a sacred event for as long as there have been people. The sense of sacredness compels us to tell mythic stories about the sun, and one of those stories was of Apollo, the Sun God of the Greeks. Every morning, he would suit up, climb into his golden chariot, and drive it across the sky. Every night, the chariot would return through the waters beneath the earth, taking a short cut so the horses and the charioteer could cool down and catch forty winks before the next dawn.

Now this has to be one of the suckiest jobs of all time. Running a liquor store seven days a week beats it without even trying. Flagman for a road crew gets close, but you don’t do it every day. Galley slave is admittedly worse, but at least you aren’t immortal — eventually you die and move on. Miserable as it is, Apollo’s job is nevertheless a job that requires skill and magic, and if you don’t have those — as in the tale of Phaethon, Apollo’s son — things go very wrong.

One of the triumphs of physics in the past four centuries has been the heliocentric model of the solar system and Newton’s law of universal gravitation. One of the great successes of this model is that it changed the boring role of Apollo into the completely mindless role of inflexible natural law. In the process, it made the motion of the sun mundane, rather than sacred.

I would argue that this is precisely the point of science. Science works to determine the mundane explanation for the mystifying things we see around us.

If we are going to draw any distinction between the mundane and the sacred, something like a plow is clearly mundane. Anyone can understand a plow, and if built and used properly, it will always turn the earth just as it is supposed to. You can worship it or curse at it — that has no effect whatsoever on how well it works. It is inanimate, insensible, and utterly, utterly mundane.

We can make the same argument regarding Newton’s law. You can worship the sun or curse at it, but Newton has done such a thorough job of removing the sacred from the motion of the sun that we all know, deep in our bones, that its motion is utterly, utterly mundane. As mundane as the action of a plow upon the soil.

This is the purpose of science. If one could imagine a future in which science had found a scientific answer to every conceivable question, that future world would be completely mundane, and the sacred would be entirely gone. There might still be things that inspire us to awe and wonder, but we would know that those feelings were strictly the result of neuropeptides in our brains, and exactly how the process worked. We could in theory sell awe and wonder in a bottle. We’d still feel awe, but the awe itself would be as mundane as the reflex we exhibit when a doctor taps our knee with a mallet.

I did say “If one could imagine….” Personally, I don’t imagine any such thing. Because there is a logical fallacy right at the center of science, a blind spot that scientists — as scientists — cannot even speak about.

Science is actually full of blind spots, cast by the shadows of its most successful theories. For instance, classical electrodynamics is still taught, even though treating electric charges as points leads to an impossible result when you try to compute something called the “self-energy” of the electron. There’s a far bigger problem with general relativity and quantum mechanics: it is logically impossible for both of them to be true, yet these are two of the most solidly confirmed theories in all of science. The theory of evolution, based on incremental genetic changes and selection through competition, has no explanation for either punctuated equilibrium or the role of cooperation in speciation, even though both of these are commonly observed.

Most of these are blind spots of convenience. Every working scientist knows he or she is using a model of reality, a kind of mundane myth that tells a coherent, simplified story about some limited portion of a very complex universe. The myths the scientists tell aren’t perfect, but they’re pretty good — good enough to put a satellite in orbit, or to develop designer genes — and the little gaps between the stories are normally only important to philosophers and hostile critics. Every now and again the gaps become intolerable and force a crisis in scientific thought, and then you have one of Thomas Kuhn’s “revolutions.” Most of the time — like the gap between quantum theory and general relativity — the gaps are simply tolerated as an irritation.

But there’s a big blind spot, an important one, right at the center of all scientific thought. This is the question of human agency. The old term is “free will,” but that has been beaten to such a brutal, bloody death that it’s impossible to talk about it without footnotes. “Agency” in this context means the power to act. Do humans have the power to act?

More specifically, do scientists have the power to act? As when setting up, performing, and interpreting an experiment, for instance?

In our hypothetical world in which everything is mundane, the answer is simply, No. In such a world, every action of every person can be reduced to a mundane sequence of neuropeptides, hormones, and electrical impulses driving behavior — or however that future science describes it. Our very thoughts are puppets hanging from the strings of genetics and brain structure, gears in our heads that turn in prescribed orbits. This includes the thoughts of scientists.

Some try to dodge this bullet by talking about how evolution selects for the ability to do sound, reality-based reasoning. I simply smile and point to widespread belief in virgin births, mass resurrection of the dead, and the Rapture. Clearly evolution has done some pretty fine work over the last two million years. 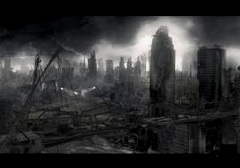 In fact, “science” is definitely the new kid on the block in evolutionary terms. It’s less than five hundred years old, a mere twenty-five generations. In evolutionary terms, it hasn’t been around long enough to be touched by natural selection. Indeed, it isn’t making a very good showing — our scientific mindset has brought us the ability to abruptly bypass natural limits to population growth and to topple the ecosystem we rely upon to survive. In evolutionary terms, science would appear to be a really, really big mistake. An extinction-level mistake.

I personally believe in agency. I’d even go so far as to call it an observation rather than a belief, like observing the positions of stars. You can state that people can’t really see properly, and that the stars aren’t really where we observe them to be, but doing that renders us blind and unable to comment on much of anything. Calling agency a neurological illusion or “epiphenomenon” (a term Behaviorists coined) renders us helpless and unable to defend our experiments, models, or reasoning. I’ve long quipped that Behaviorists were merely conditioned to think that they were doing science.

Saying that humans do not have agency leads down a very deep rabbit hole that takes us into a thicket of paradoxes and inconsistencies. It is easier and more consistent to simply say that agency is real, and that we can act.

Now this is a real problem for any attempt to reduce the world to the mundane, because if I’m acting — really acting — upon the world, then you can’t point to anything that “explains” my action scientifically. My action is what philosophers call an “uncaused cause.” It is something that inherently resists science. It is inherently sacred.

I don’t believe agency is restricted to scientists. Nor to humans. It’s an aspect of reality that probably penetrates to the very deepest levels of existence. 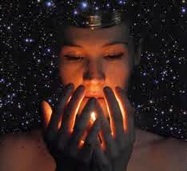 The uncaused cause of agency is, scientifically-speaking, a “miracle.” It can be a very small miracle, or a very large miracle, but it is by its nature something that cannot be analyzed or explained by science, because it isn’t mundane.

So what I’m saying here is that the universe is miraculous at its very core.

Now it’s dangerous to predict exactly where the boundary between the miraculous and the mundane lies. The progress of science over the last four centuries has unambiguously proven that it wasn’t where we thought it was, and the spiritually-minded have seen miracle after miracle collapse, like a magician’s illusion, into something perfectly mundane. Apollo turned out to be a painted curtain thrown over a light bulb.

Any spirituality based on particular miracles, past or future, is going to find that science is its implacable enemy. In the end such a spirituality will likely lose, because it’s very hard to keep believing in a magician’s trick once it has been explained.

In my mind, there’s no harm in this. I’d rather not believe in magicians’ tricks.

On the other hand, I’m reasonably confident that the universe is miraculous, because if it isn’t, nothing we see or hear or think we understand can be trusted. The human mind is in that case nothing but an oversized experiment in mass reproduction of DNA, an organ full of hit-or-miss delusions of rationality. That certainly includes the delusional brains of the scientists who try to tell us that this is true.

If the best we can do is delusions in a cold, non-miraculous universe, I’d rather believe in miracles than science (not that I have much “choice” in the matter). Belief in miracles makes for a shorter but more interesting life. And it’s a lot less likely to get all of us killed.