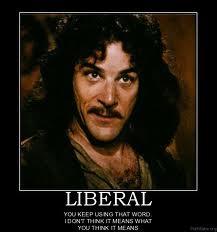 I’m not a liberal. I’ve merely found myself standing miles to the left of the putative “center” of US politics as it races rightward toward the Cliffs of Insanity, making me a liberal-by-default. Moreover, I don’t have any idea how to write a Manifesto, nor am I certain I would want anyone following it were I to accidentally write one.

On the other hand, I’m tired of being slandered as a liberal by people who have barely enough intelligence to pick their own noses. I wanted to explore a few concepts that seem to separate me from the self-proclaimed conservatives.

After I started the post, it expanded into a book. You know how that goes. So I created a category, so I can put out little pieces rather than a monolithic rant.

I hope it proves interesting, perhaps a little thought-provoking. If not, tough.