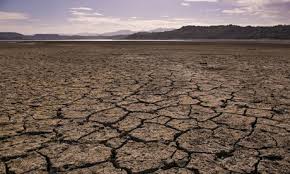 Two people responded to my Facebook post about moving to California with concerns about water. I’d like to talk a little about this, because it’s certainly been on my mind, too.

In the very worst case, if our experience turns out to be intolerable, we’ll leave. This move is a venture, even an adventure, not a life sentence.

In the meantime, I note that we’re coming from a low-water, drought-prone region. We’re accustomed to minding our water use. Marta replaced all of our toilets with low-flow units (she’s the handy-person in the house), and we’ve spent the last couple of years test-plotting various low-water vegetation around the house, with an eye to eventually eliminating the lawn and the sprinkler system (though we’d keep the drip lines in place). We’re prepared to do the same there.

I’m just beginning to learn about the water situation in California, but what I already know is that it’s considerably more complex than the simplistic disaster-porn headlines you see on the Internet.

The first thing to know about the water situation (anywhere) is that it’s almost always, and almost entirely, about agriculture. Here in Larimer County, only 17% of the water goes to non-agricultural purposes, and only 7% to “domestic use,” meaning those lush suburbs with their green lawns and automatic clothes-washing machines and backyard swimming pools.

The same is true in California. The water crisis is primarily about agribusiness, with the possible exception of the Los Angeles and San Francisco urban areas. If I were planning to buy a vineyard in Mendocino County, with the intent to make a living as a vintner, I’d certainly want to know a lot more about the water situation than I do. On the other hand, the existing vineyards aren’t pulling out their vines and replacing them with agave just yet.

The second thing to know is that seven-year droughts are normal to Northern California. With global warming, this could turn into fifty- or hundred-year droughts; it could even desiccate the entire state and turn it into a true, long-term desert. But the time-scale on global warming is fairly long, fifty to one hundred years on the inside, a thousand years on the outside. Yes, it makes sense to take action now to mitigate human behaviors that exacerbate global warming for centuries to come; that mitigation does not, however, include living in one place or another.

Another way to put this is to say that, yes, a century from now, Mendocino County may be an uninhabitable, waterless desert wasteland, in which case our great-grandchildren will not live there.  We do nothing to help or hurt the matter by living there now, while it is habitable.

Of more concern is the politics of water. The ghastly pictures you see on the Internet of dried-up lake beds and reservoirs has to do with draining them. They aren’t lakes that are just drying up of their own accord. They are reserves of water that are being used.

The same is true of the aquifers under the soil. These are not drying up: they are being used.

What drains the lakes, reservoirs, and aquifers is politics and free-market economics, and the lion’s share of that water goes to agribusiness. Perhaps it goes to fracking, too — I’m not sure where that boondoggle stands in California right now. Researching all that will give me plenty to blog about.

How it will play out over the next century is anyone’s guess. Neither of us will be around to see it. At the moment, however, Northern California got some rain this last winter, if not as much as they’d like, and the county has negotiated some additional foot-acreage in Mendocino Lake for local use, so the area continues to be eminently livable.

Far more important to me than any of these rational considerations about water, and foot-acres, and NASA climate modeling, is the question of whether our personal actions and life-choices are dominated by fear of what might happen, or joy in what might happen.

Our brains are wired to give more weight to fear than to joy. A big part of what we call “spirituality” has to do with overcoming this tendency to focus on the negative, and to instead cultivate an attitude of gratitude and joy. That’s true of Christianity (in its non-pathological expressions), Islam (in its non-pathological expressions), Tibetan Buddhism, Confucianism, Wicca, Druidry, and most other spiritual paths and practices you might care to list.

It will be an adventure.

4 comments on “Drying Up”