Since we moved here, people have been raving about the Sunday In The Park concert series. Marta and I missed the first one, because we were exhausted with the day’s unpacking labors. But this last Sunday we went, and it was one of the sweetest times we’ve had together since moving here.

The music itself was very good: these aren’t garage bands. Nor are they oversold hype machines. They are practiced and talented musicians, doing what they love and what they do best.

But the real magic was the gathering itself. I don’t know how many people go to these — I’ve heard numbers like a thousand or so, and that doesn’t seem unreasonable. It’s a big crowd, but not crowded. There’s plenty of room for the children — and there are lots of children — to run around, throw beach balls, fall down and cry, then run around some more. People bring a bottle of wine, blankets, folding chairs. The event starts at 6:00, which is just as the edge is coming off the heat of the afternoon, yet with hours to go before sunset. Vendors from some of the local restaurants set up to sell everything from burgers to burritos, saag to samosas, ice cream to rice wine. Yes, they sell wine in the park. It’s California. Temperature in the mid- to upper-80’s, no wind, no mosquitos….

I caught a few pictures while we were there. The videos are nicer, but I haven’t yet figured out how to get them up here…. 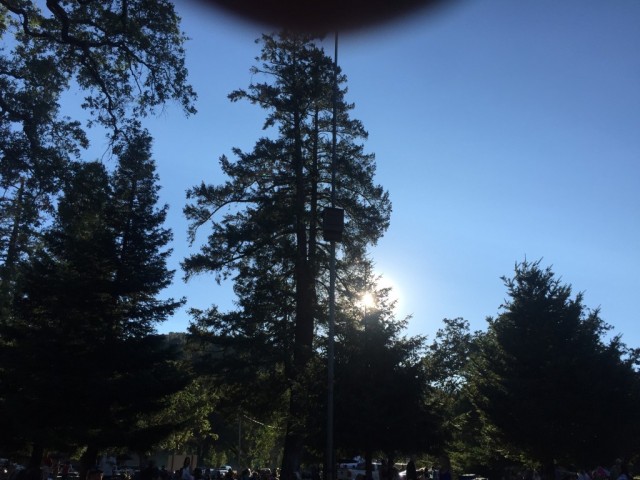